What is the RESPECT Coaching Styles™ Assessment?

What is the RESPECT Coaching Styles™ Assessment?

What’s your coaching style? If I asked you that now, you might share with me some things you do when you coach and maybe how you think about it. A few years ago, I would have done the same thing. Yet, when I asked the question, did you notice the fuzziness in trying to describe it? Yeah, I noticed that too. So, I did research – a lot of it – and you can now answer the question much more easily.

One day on a sunny fall afternoon I pondered a couple questions: “Do different coaches have different styles? If so, what are they?” I was in a doctoral program, and it was time to answer the fateful question, “What will you research for your dissertation?” I had been an executive coach for over 20 years at the time. Yet, in looking at the research into coaching, there was very little research into how coaching works. And no research into coaching styles. It simply didn’t exist.

So, I researched it for my dissertation and discovered something amazing! There are seven styles that coaches use. These seven styles hold the key to how coaching works. For the first time ever, we can describe them. In fact, we can now measure the styles you use in coaching using an assessment. And it’s the only assessment that gives you insights into how you coach! Before diving into them, let’s have a little chat about assessments in general and how this one stands out.

For example, the well-known Myers-Briggs assessment puts people into one of 16 type combinations. MBTI is based on Carl G Jung’s work and the assessment was first created in 1943. Another example is DiSC assessment that tells you Dominance, Influence, Steadiness and Compliance levels. It puts you into one of 12 personality types. DiSC is based on a theory created by William Marston in 1928.

Did you notice anything? Yeah, they’re old, but that’s not the main thing. There are a several problems with how assessments are done. You have likely experienced these problems first hand. Now, don’t get me wrong. I find personality assessments interesting. In fact, I’m certified in various assessment tools. But there are several fundamental flaws hidden within them. Problems that can’t be ignored.

The first is that they are reductionistic. “You can be this, but you can’t be that.” If you’ve ever taken a personality assessment you understand what I mean. While it’s interesting to see some of your tendencies described, you’ve likely thought, “I’m that way sometimes, but not always.” Then when you share your results, people say, “Oh, you’re a ___ (E.g. ENTJ)!? Now I understand who you are!” But do they? Personality assessments are a zero-sum game. They oversimplify and reduce you and fit you into a bucket. But I find that people don’t like living in buckets! Do you? Me neither.

The next problem is that most assessments are based on a theory. To use the personality test examples above, picture a guy (Jung or Marston) sitting in a dimly lit room. He’s smoking a pipe and hunched over a piece of parchment. “Hmm, let me think. How can I describe people?” Then he writes down a few notes down. Draws a picture and voila – I have a way to type you. While I’ve omitted a few details, the premise is the same – theory came first, and an assessment was born of the theory. The trouble is that theory can be wrong.

Take introversion and extroversion for example. In Myers-Briggs, your first letter is either an “I” for introversion or an “E” for extroversion. You are typed into one of those categories. But if you look at the actual data, the majority of people fall into the middle. Picture a bell curve or normal distribution. There’s a big bump in the center and long tails to the sides. Most people are in the big bump. They’re close to the middle – near the dividing line. They are then divided into a bucket. The reality is that you’re a blend, not a bucket. The theory sending you into either/or is wrong – either way you look at it.

The third problem with personalities is that your psychology is not determinant of your behaviors. Let’s explore DiSC’s high D versus high S. Let’s say you have a high Dominance level. You have a results-driven, action orientation. Does that mean that you can’t be supportive, stable, and collaborative? Of course not. DiSC a psychology test, not a behavior test. Sure, personality traits influence behavior, but they don’t determine it.

The RESPECT Coaching Styles Assessment is different. It’s a research-backed, behavior-based assessment that will not put you in a bucket to live out the rest of your days!

Where the RESPECT Coaching Styles Assessment™ Comes From

The RESPECT Coaching Styles Assessment™ is the only research-based tool to give you insights about how you coach. It was created from my doctoral dissertation research. I wanted to investigate the how of coaching. For background, there is plenty of research to show that coaching works. For example, coaching has been shown to increase employee performance, leadership effectiveness, confidence, etc. However, coaching didn’t have much research into the how of coaching – how coaching works.

Keep in mind, I’ve been an executive coach for more than 25 years. I took training. I got certified. I made coaching my career. I thought I knew how it worked; actively listen, ask questions, get them thinking deeply, etc.

But I decided to put aside my experiences and assumptions. I wanted to investigate coaching from a research lens. So, I interviewed the best executive coaches I could find. They included a founder of a popular coaching school, a best-selling author in coaching, a former executive coach at Google, and many others.

Good research lets the data tell the story. So, I used the recordings and transcripts to code the data. I found 2235 moments in the transcripts where interviewees described how they coached. They also described what they were trying to accomplish in those choices. I put the 2235 items into themes or categories – 213 of them. Then I looked for the patterns.

I found that the categories clustered together into combinations of intentions and behaviors. There were exactly seven clusters – seven styles. These seven styles describe how coaching works.

What Are the Seven RESPECT Coaching Styles™?

For the first time ever, we now have language to understand and describe how coaching works. Great coaching uses all seven styles. The coach makes the style selection ideally based on what’s needed in the moment by the coachee.

The seven styles are:

They make the acronym RESPECT. This is appropriate given that you respect the coachee best by using the right style for their needs in any given moment.

I created the RESPECT Coaching Styles Assessment™ soon after competing my dissertation research to help people see how they use coaching styles themselves. I quickly found that the results of the assessment results gave coaches and leaders deep insight into the mysteries of coaching.

Seasoned coaches and leaders alike told me how incredibly accurate the results. They shared that for the first time they now had language to describe their tendencies in coaching. I soon learned that coaching styles don’t just describe how people coach – they describe how people interact, inside and outside the coaching dynamic.

The Power of Coaching Styles

The RESPECT Coaching Styles Assessment™ has now been taken by hundreds of people at over 200 companies. But they’ve all given the same feedback – “Wow!” The assessment helps you understand your tendencies in coaching based on your intentions and behaviors. Unlike most assessments that measure personality, this measures what you do and why while you coach.

The output of this assessment is a score for your use of each style. You see how directly or indirectly you express these styles, as well as a number of other factors. You learn what you do more of and less of – and what to do about it.

After taking the RESPECT Coaching Styles Assessment™, you’d be able to see what to dial up or dial down. One exec coachees took the assessment and in the debrief said, “Got it, more Explorer and Confidant, less Strategist. It makes complete sense!” In the weeks after, he commented at how much better results had become. He shared: “This allowed me to have the right conversations, instead of the familiar ones.” Countless others say this they now know what to do more of and less of – immediately.

Where to Take the RESPECT Coaching Styles Assessment™

If you’re interested in answering the question, “What is your coaching style?” the best way to do it is to take the RESPECT Coaching Styles Assessment via our platform or through one of our partners. It takes 5-7 minutes, and you’ll get a report outlining which styles you use most. You’ll also see which ones to consider increasing or developing more fully.

If you are a leader, you’ll see how you coach your direct reports. If you’re a coach, you’ll see the patterns of how you coach clients. The RESPECT Coaching Styles are rapidly being adopted by teams of leaders and being embedded into leadership programs, including our Human-First Leadership Program. It’s changing the way leaders are trained

The RESPECT Coaching Styles are also being adopted by coaching schools for their training. In fact, coaching styles show how various coaching methodologies work. For example, the well-known GROW method in coaching is a combination of just three of the seven styles.

The best way to understand what the buzz is all about is to take the RESPECT Coaching Styles Assessment™ yourself! When you do, you’ll understand the power of styles and how to use them! 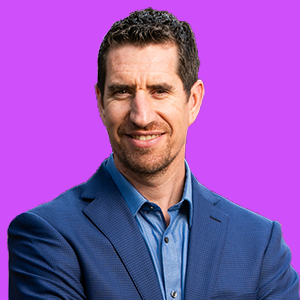 David is the CEO and co-founder of OwlHub and the creator of the RESPECT Coaching Styles™. He has 25 years of executive coaching and leadership development experience. When he's not inspiring people to grow, you can find him making a fool of himself onstage as an improviser. 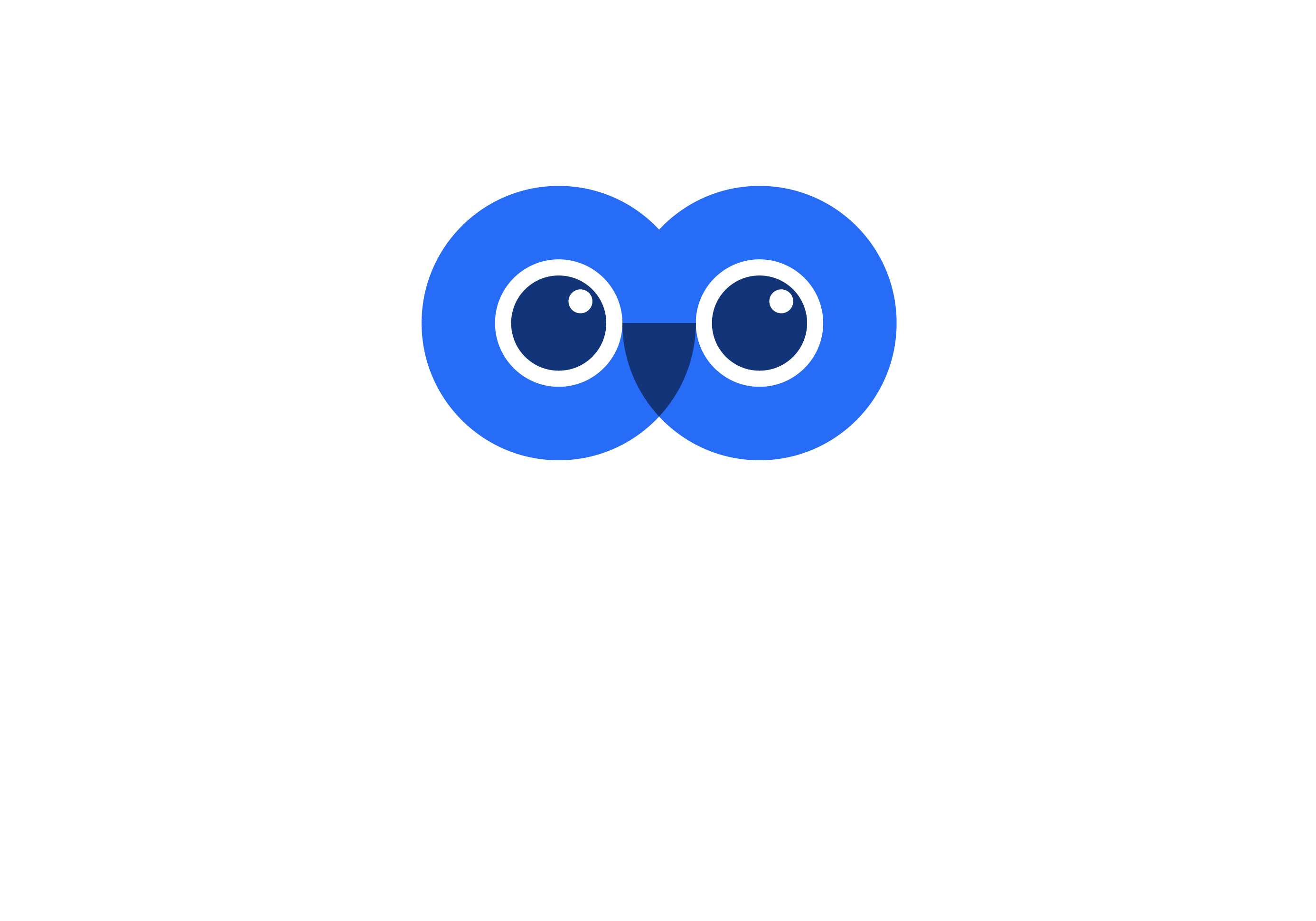